Skip to content
VALENTINE'S SALESave up to 20% Storewide! Use VALENTINES2023 at checkout

A History of Puzzles 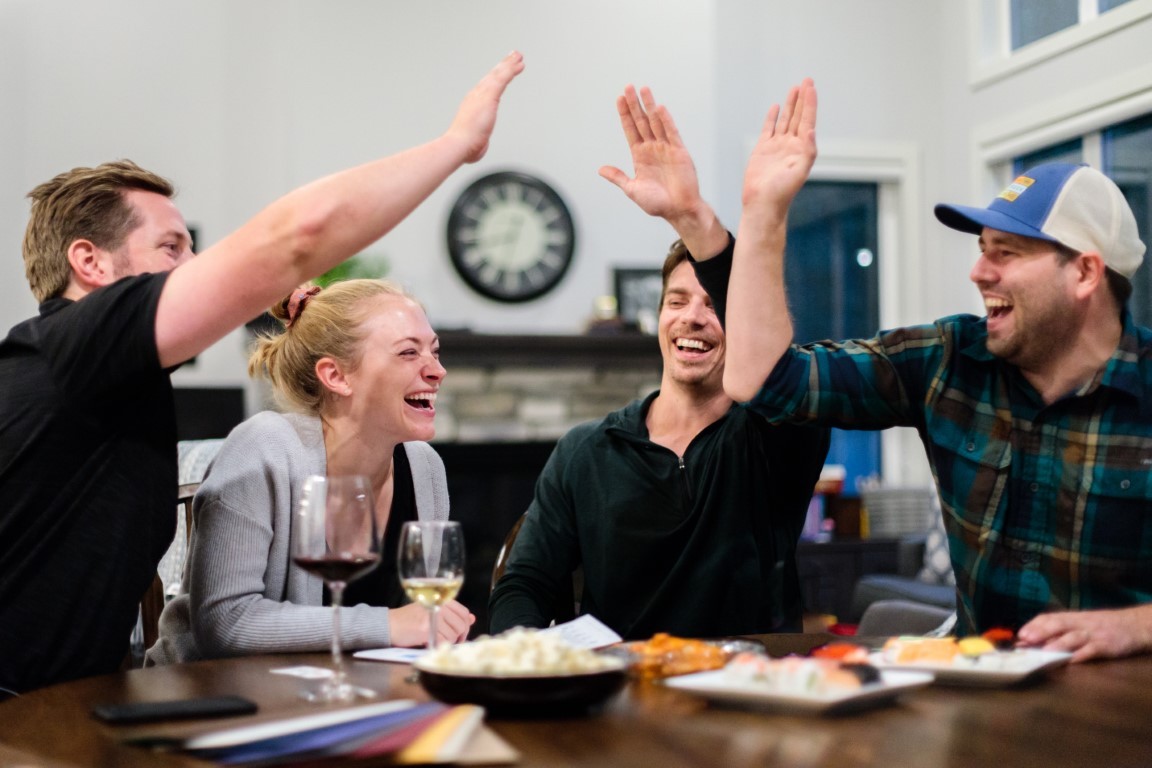 How long have people been playing puzzles? Who invented the first puzzle? How have puzzles changed over time?

We’re so glad you asked! Let’s explore the answers to some of these questions together, shall we?

WAIT… what is a puzzle?

Good question. Well, this really depends on your definition. In one sense, EVERYTHING could be a puzzle.

How is that possible?

Well everything must be interpreted in order to be understood, and through the process of interpretation, you infer meaning. For example, when you see a stop sign, you see a red octagon. That’s a clue. Red doesn’t always mean “stop” and “octagon” doesn’t always mean stop, but when you add the two together, you surely can understand that you must stop.

A red octagon is not a truly a stop sign without the word “STOP” written on it. In our opinion, this would NOT qualify as a puzzle. Why? Because the creator did not intend for there to be mystery, curiosity, exploration and discovery. The creator intended clarity.

So, for the sake of clarity (haha), let’s define a puzzle as any sort of construction or communication intentionally designed to mystify the player until a verifiably correct solution is found.

Now that we’re armed with our working definition, let’s get into a short overview of the history of puzzles, codes, locks and all things intentionally mystifying!

A rebus puzzle is an image that depicts a concept or word, especially difficult words or concepts. Egyptian hieroglyphs and early Chinese pictographs could be considered puzzles, as the images represented real-world concepts. It is hard to know with certainty whether or not these early images were intended to bewilder and mystify the beholder, but they certainly do now! So we’ll include them in our list :) And yes, we use a lot of image-based puzzles at Escape Mail. There’s something universal about an image as opposed to a word that is limited by language. Also, images offer an opportunity for beauty as well in a different way than words do.

Can you picture a child walking through a field, making a path in the tall grass or wheat, going back and exploring offshoots, and eventually getting lost in their own meandering trail? We love mazes at Escape Mail. We’ve been drawing them since we were little kids! In Ancient Greece and Egypt, labyrinth puzzles were very popular. You probably know about one of them already: the Labyrinth of the Minotaur (half man, half bull). Apparently, the labyrinth did exist in real life (on the island of Crete?). If you play Escape Mail Season 1, you’ll find maze-like puzzles in a few of the episodes. The maze in Episode 9 we especially love!

While Oedipus Rex may not be the first person to stumble upon a dastardly riddle (the Sumerians were probably first), he is certainly one of the most famous. In the play by the Greek playwright Sophocles, the main character answers the sphinx’ question:

What walks on four feet in the morning, two in the afternoon and three at night?

Can you n a m the answer?

As in the case of every good riddle, the question is intentionally, if not also artistically, veiled. Escape Mail co-founder Eric is an author of a book of riddles called Ratsel: Original Riddles. Eric’s eyes were opened to the potential of the entire world as a puzzle, filled with delight and wonder, as he wrote this book. One of the difficulties with riddles, however, is that there can often be multiple valid answers, which isn’t ideal for escape room design. Nevertheless, riddles remain near and dear to our hearts here at Escape Mail.

Around this same time as the riddle, the anagram was likely developed by a Greek poet Lycophron who apparently used them to flatter the rich and mighty. An anagram is a word or phrase that can be rearranged to reveal a new word or phrase. The original phrase can be unintelligible, but it is far more intriguing (and ingenious) when the word/phrase is intelligible both before and after the rearrangement. There’s an opportunity for sublime double-layered meaning here which we find really rich. We use lots of anagrams in Escape Mail, but we try to change up how we deliver them to you so that you keep getting incredible variety in every episode. We like the function of an anagram because it can be simple (attainable all on its own) or complex (requiring a key or instruction for you - the player - to know how to decode/unscramble).

BONUS: One anagram that you do not NEED to solve - but has been placed there for you as an easter egg - is found in Episode 6 Quiet as the Grave. Hint: the author’s first and last name anagrams into one word: a clue as to where the information in the article belongs!

We LOVE secret compartments… who doesn’t?

Rome was known for creating rings and lockets that contained secret compartments activated by levers and clasps. While the following video isn’t ancient, it sure is cool!

And that video should give you an idea of the kind of the kinds of things the romans were up to. Later, Northern Europeans were known for creating padlocks and furniture with secret compartments. So let’s talk about them next!

The Tangram is another puzzle from China that dates back to the Tang Dynasty. Tangrams are shapes of different sizes that - when arranged precisely - fit perfectly into a square. Puzzlers are then challenged to reconstruct silhouetted shapes using the pieces of the tangram. These puzzles became popular in North America during World War 1, with some even claiming they are the most popular dissection puzzle in the world! While we don’t have an official tangram in our games, the concept of spatial reasoning and logic is definitely a skill you’re going to need to play the game!

While technically not a puzzle (remember our definition?) we still find locks fascinating and pull inspiration from them regularly. The Vikings seem to get credit for the first padlocks, but that’s also up for debate. We include padlocks in this list because, after all, you need a key to open a lock, and in our Escape Mail games, the “key” is hidden in the information right in front of you. All you need to do is discover it!

At Mobile Escape we have built our own combination locks. You can find them hand-crafted in Secret of Sparta and Pirate’s Plunder, both tabletop games. The combination lock is credited to Al-Jazari, and you can watch a video of his 4-bolt multi-lock in action here.

While we haven’t included any locks in the envelopes of Season 1, JJ sure does face a bunch of them!

Okay, we really should write a separate blog about cyphers! But for now, let’s try and cover some key points: the person who gets credit for the cypher disk (although the concept of translating and obscuring data for nefarious purposes might find its origins with Julius Caesar) goes to the Italian Leon Battista Alberti.

We use the concept of a cypher (and in some cases, the same circular layout) in many episodes of Escape Mail.

Why is that? For a number of reasons, really. Cyphers work well as “overlays” (one piece on top of another) and since we’ve learned that people love the overlay function, just simply building the cypher can be fun (episodes 1, 2, and others). But the act of transcribing data from one state (confusion) to another (coherence) is virtually the name of the game. And so the cypher does this really, really well.

Cyphers have evolved quite a bit over the past 2000+ years. The transcription of data can be like a monoalphabetic Caesar Cypher (where one letter is always equivalent to another, and in the case of the Caesar Cypher, the letters are moved “up” or “down” the alphabet a certain amount) or polyalphabetic (where the transcription changes partway, or multiple times, through the code, making it much more difficult to decode). A famous movie you may have seen (and one we really enjoyed) is Imitation Game where Benedict Cumberbatch’s character attempts to decode Nazi messages during World War 2:

As the movie depicts, cyphers have weaknesses. Just like any puzzle, really, they can be cheated. But unlike a puzzle box or padlock that must be destroyed in order to be cheated, a cypher only needs to be studied in order to be “cracked”. We learned this the hard way during the first round of Escape Mail episode 1 production. Thanks to you, we’ve grown and changed! One of our new favourite ways of obscuring codes is by running words together. When you don’t run the words together, you run the risk of the spaces (breaks in words) giving you away. Language is predictable, and so repeating words and letters can be guessed or inferred, which can eventually crack the entire code.

There are way more puzzles out there than we could ever mention (or could ever be read!) In the last 400 years, there’s been a huge increase in the number and variety of puzzles that have been developed. While the list would no doubt be enormous, we created a short list of several of our favourites:

Once again, we go back to Japan for the origins of our favourite puzzle: Escape Rooms! What makes escape rooms unique? In truth, Escape Rooms are a conglomerate of any and every challenge conceivable. What makes them unique is that they are (1) timed experiences that (2) involve players working in teams (3) under the guise of a storyline or narrative (4) trying to escape through a door or passage or locked physical barrier of some kind (5) that requires a code or key or solution of some kind in order to open. We love how there are guidelines to the genre, while at the same time, the genre remains multi-disciplinary. This allows us as creators to keep giving you variety in puzzle content, which is ultimately so satisfying. We can pull from every era of history, every geography and landscape, nothing is off limits.

We’re excited to be at the forefront of an ever-evolving and expanding realm of puzzle design.

Reach out to us with your ideas! We’d love to hear from you!

What To Look For In A Good Escape Game

What is an Escape Room?

A History of Puzzles